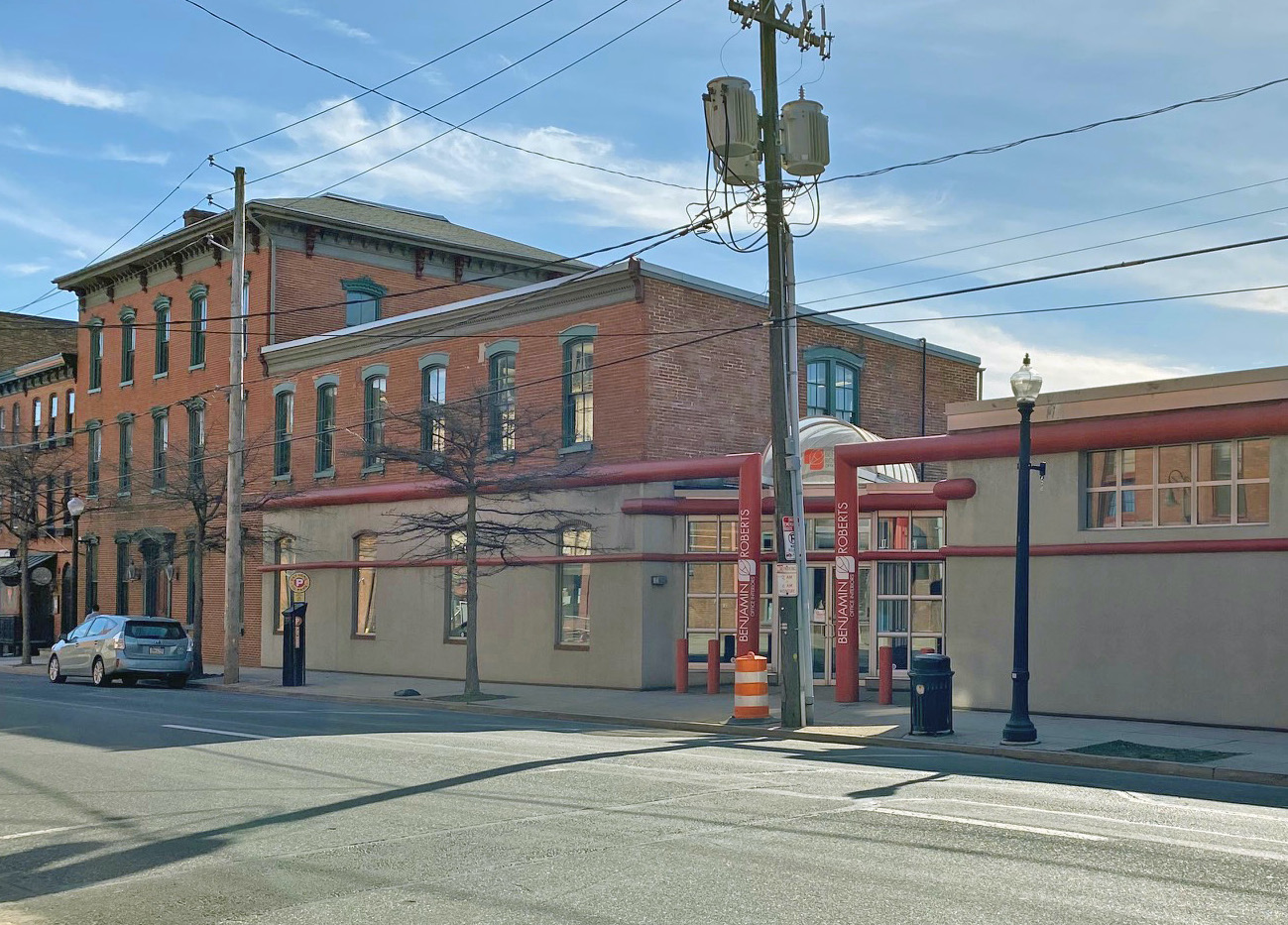 Contract office furniture dealer, Benjamin Roberts Ltd., is set to sell its headquarters of 35 years to the developer of Lancaster’s Stadium Row apartments.

“This property would suit a variety of uses,” said Ben Lesher, president and founder of SDL Devco. “We hope it will complement the many wonderful uses on the block and surrounding neighborhood.”

Benjamin Roberts purchased the former K&W Tire building in 1984, renovating it for $1 million. The company used the space as both a headquarters and a warehouse until its inventory outgrew the warehousing space and it purchased a separate warehouse at Lancaster’s Rapho Business Park.

Along with its expanding warehousing needs, the company transitioned to a hybrid office structure during the pandemic, finding that it needs less office space than it did prior to 2020, said Rob Bomberger, owner and president of Benjamin Roberts.

“As we learned to work hybrid, we required less office space and more warehousing space,” said Bomberger. “The need for office space for us has decreased a little bit. It’s the same conversation we are having with customers.”

Compass is currently working with Benjamin Roberts to relocate the business.

Bomberger said he is looking for a space that can operate as both a headquarters and a warehouse. He expects to move into the new space by the end of this year.

The property is located in Lancaster’s City Revitalization and Improvement, Local Revitalization Tax Assistant and Central Business zoning districts and is a prime conversion or redevelopment site, said Deepa Balepur, principal at Compass.

“It’s another exciting opportunity to make an impact and investment in the community that I live and work in,” said Lesher.

Lesher’s first project in the city was the Stadium Row apartments at 816 N. Prince St, located next to Lancaster’s Clipper Magazine Stadium. The 104-unit building was completed last October.