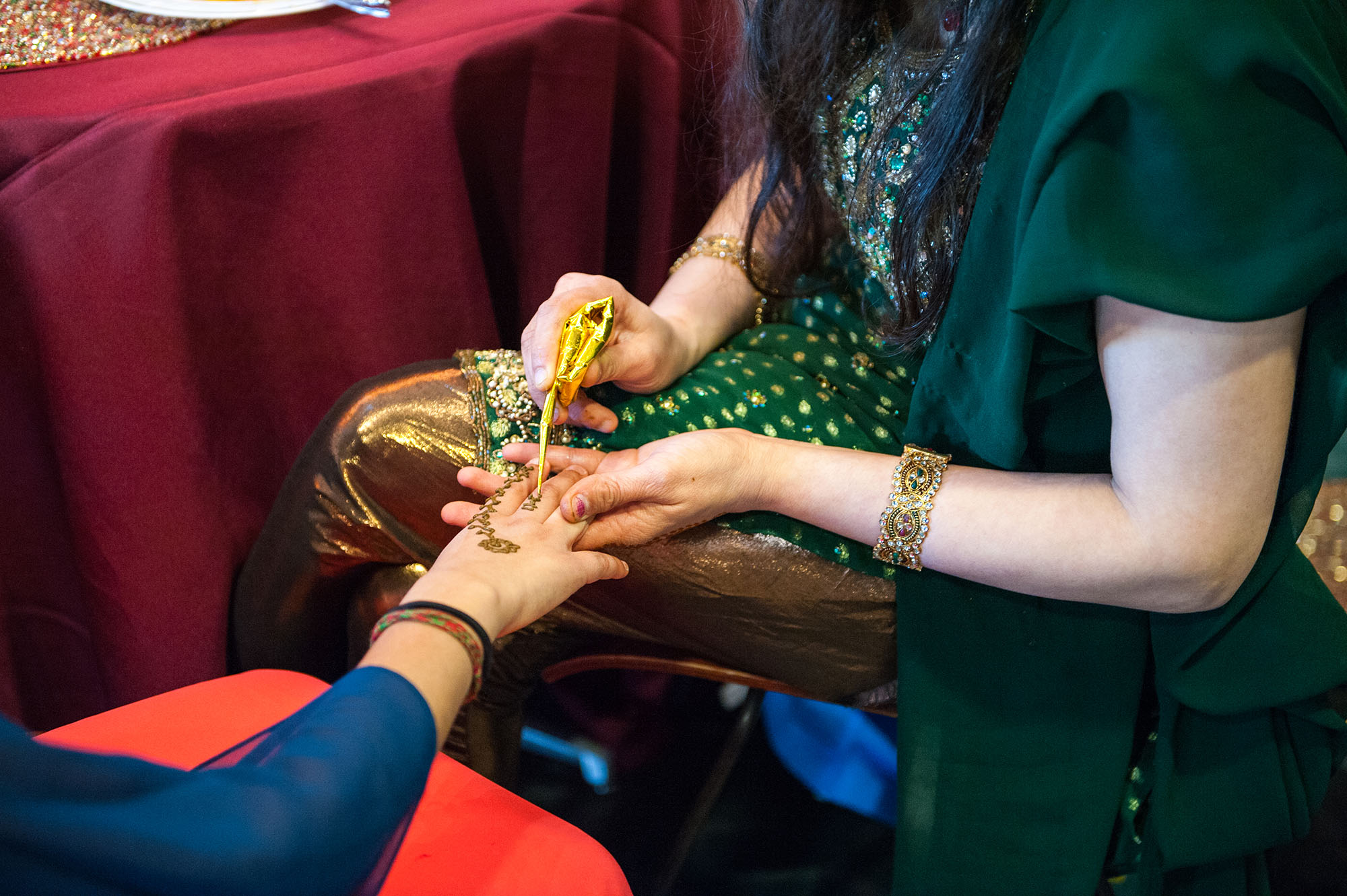 Deepa Balepur, president of the Indian Organization of Lancaster County, was one busy lady on Saturday, when IOLC hosted its first-ever Mela, or festival, in Lititz Springs Park. Between greeting guests, chatting with acquaintances and going around with her clipboard to make sure the event was going smoothly, she had the time to reach into her wallet, grab a $20 bill and hand it to her son, Nishant, so he could fill up on some curry provided by Tulsi Indian Cuisine on Columbia Avenue. “They’re going to get hamburgers,” she said, laughing at the fact that her son decided against the Indian food for some old-fashioned American cooking. “He would have loved the curry, but the line was too long. It’s a hands-on experience of Indian culture,” Balepur said of the event, which was free to the public. “It’s open to all. That’s the real joy and fun element of it.” Balepur has been pleased that Lancaster has welcomed the burgeoning of Indian culture with open arms — as the long lines suggest. “Lancaster is home. This is where we are,” she said. “We’ve been open-heartedly welcomed. With cultural awareness (and) richness, a county becomes a place where people want to be,” she said. “There’s something for everybody, no matter your background or where you’re coming from.”